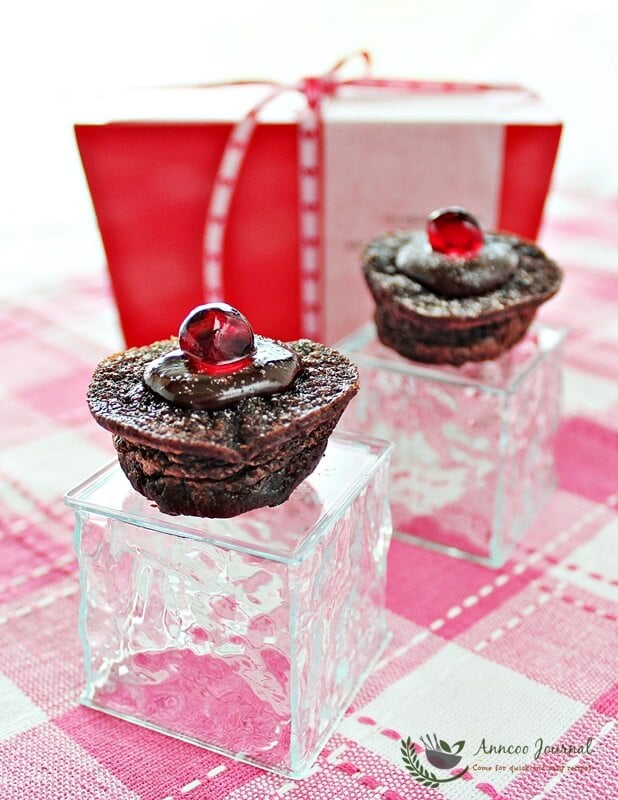 I’ve missed joining the event Cook Like A Star for quite sometime and the feature for this month is recipes from Delia Smith. I adore Delia Smith’s recipes as they are quite easy to follow. Actually I’ve picked Bacon and Egg Tart and Lemon Tart to try but when I was checking on the chocolate recipes, I saw this peculiar name that caught my attention …. with Red Noses? Sounds funny huh… hahaa, after checking on the recipe then I realized that it’s the little red glace cherry that was placed on top of the small muffin. OK set! I’ll try this recipe as it looks quite easy and the baking time is real short, only 10 minutes. BUT my muffins did not rise at all, may be I’ve over mixed the ingredients. The chocolate chips did not melted completely either that may also be one of the causes why my cake did not rise (might have also used the wrong ingredients) as there were still some chocolate chips remaining at the bottom of the cake. Anyway the mini muffins were really soft and light. I can just pop the whole cake in my mouth even without the chocolate topping.  For the topping I didn’t melt the chocolate chips as stated in the recipe but just added some of the leftover ganache cream on the little muffins and placed the red glace cherry on top which looked really like a ruby jewel. So pretty! 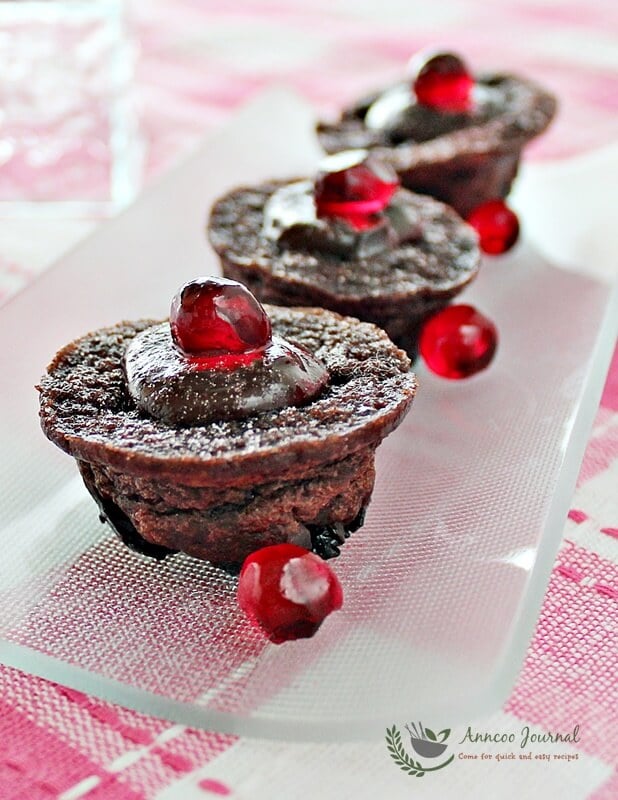 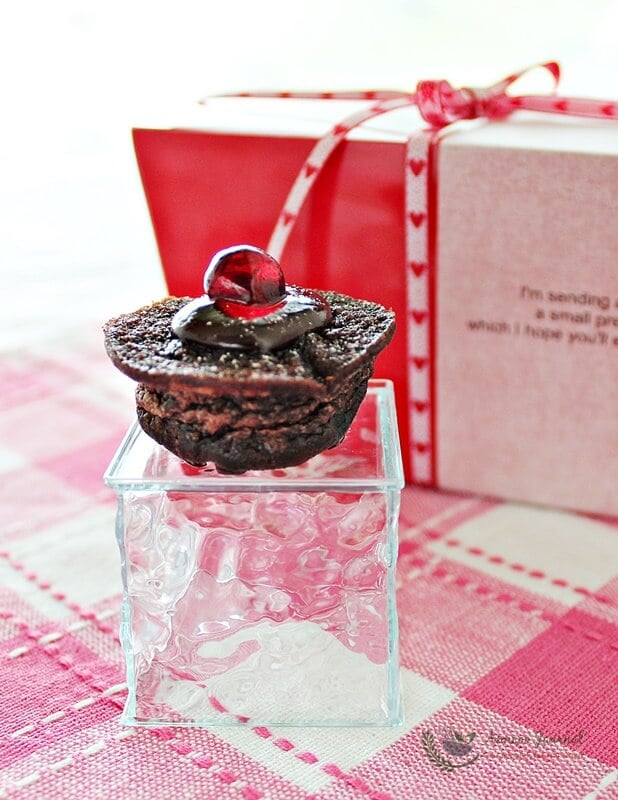 I’m submitting this post to the blog hop event Cook Like a Star featuring Delia Smith’s recipes
hosted by Zoe of Bake for Happy Kids , Yen of Eat your Heart Out and Mich of Piece of Cake

The red cherry look like a gem! So pretty.

Wow Ann! You popped the whole muffin into your mouth?!!

Either the muffin size was small… or your mouth…. err… Hahaha…

Ann,
Your chocolate muffins looks great!
Love the Red Nose on the muffins…
The red nose makes the muffins even more.'靓靓'
mui

It is really pretty! love the cherry on the top!

Ann, the red nose choc muffin is so cute, I also want to pop one into my mouth!

Hi Ann, thanks for joining us in this bloghop. These muffins are very pretty, shd put some antlers on and can be Rudolph edi. 😛

Thanks Yen for your compliment. Definitely will make these muffins during Christmas holidays!

Thanks for sending these tasty bites to Tea Tattle Thursday! They look so pretty. I am sure they are also very tasty.

I love those chocolaty muffins , Ann ! The glace cherry adds a gorgeous appeal 😀

How adorable are these. I need chocolate in my life always!

Ann, the muffins are so pretty and I love the red noses!

Haha, the name is indeed very cute! Hmmm …didn't rise? Maybe need to check if the baking powder still active? But still looks yummy to me, I can also just pop these babies in my mouth, one after another, lol! ?

Bee Bee, thank you for highlighting. I must quickly get another new bottle of baking powder immediately and this recipe again.

Hi Ann, the muffin with red noses sitting on the glass blocks make me think of millions dollar jewellery 🙂 is so pretty!

hahaa…. I love your compliment. Thank you 🙂

Hi Ann
These muffins also great during Christmas time ~ "Rudolf The Red Nose", right….hehehee. Chocolates are my all time favorites, be in eaten as it is or in bakes!

Hi Mel, After making these little muffins, I also realized these are more suitable for X'mas. But what to do, I love chocolates too 😀

I don't remember seeing this recipe at Delia's website. Maybe it is from her books which I don't have any of them at all :p

Hi Zoe, Thank you for hosting this event with others. I love Delia Smith recipes and have bookmarked many of them to try.

Hi Ann, looks so rich and decadent. A perfect chocolate dessert. Now I wonder how i could possibly miss this recipe when I was browsing Delia's website.

Mich, Hope you try this recipe one day.

Oh, your chocolate muffins are a delight, Ann! So gorgeous topped with a glace cherry…mmmmmmm…

Thanks Liz. So happy you're here 🙂