Home › Misc › HEARTS OUT TO JAPAN
An earthquake with a magnitude of 8.8 had hit Japan at 14:46 on 11 March 2011. This was followed by a Tsunami of about 10 meters that entirely wiped out towns off the map. Heavy snow blanketed Japan’s devastated northeast on Wednesday 16 March 2011, hindering rescue workers and adding to the woes of the few, mainly elderly, residents who remained in the area worst hit by last week’s massive earthquake and tsunami. 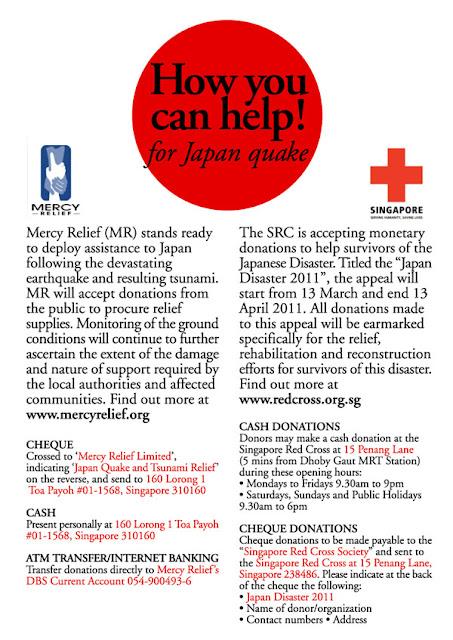 ann, i can see that you are compassionate and have a very warm heart for putting up this.

Calling by from 5 Minutes For Me to visit all the wonderful tributes posted this weekend.

Ann, this is a great way to reach out to others in blogsphere. Every little bit goes a long way.

Its a terrifying sight especially when you see it on tv . THank you for all the links 🙂

You are a very good person posting this Anncoo. I wish there was more we could do.

If you have a spare 5 minutes today, I would love it if you could stop by my blog and link up this post to my Sunday Song post. No songs are needed today, just thoughts and prayers for our friends in Japan.

Take care and best wishes for a beautiful day.
Natasha.

My hearts goes out to Japan too. It is nice of you to put this up. We do what we can to help out. Will be praying for them too. May God's grace and mercy be upon them as they face the nuclear catastrophe.

This is a great post Ann, I will share to make sure the links get out there.

Every little bit helps in battling this terrible disaster!! Thanks for sharing!

So nice of you Ann to share this with us! Last night I was watching TVBS live show to help collect the donation for Japan, was wondering how we could help them here.

Thank you for posting this, Ann. Japan and it's people are in my prayers. Everyone can do something, anything…just do something.

Hi Ann, this is really great gesture and so heartfelt to see everyone contributing their bits 🙂

It's helpful you post this Ann. Every little donations will help them out. Thanks! Hope the Rising Sun will Rise again!

Japan is in my heart too! I've too many Japanese friends out there…

Every little bit helps. Japan is in my prayers. Hopefully they can avert the nuclear catastrophe.